A commemorative postage stamp on the Birth Centenary of Sir Shanti Swaroop Bhatnagar, father of research laboratories in India : 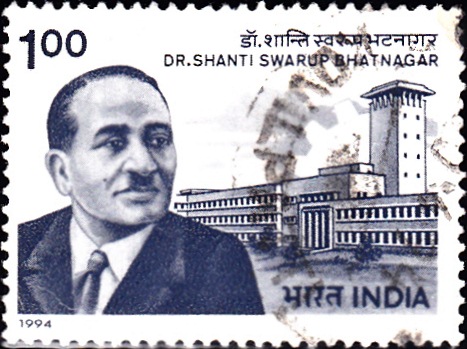 Issued for : The Department of Posts is privileged to mark the birth centenary of this great son of India whose contributions enhanced the stature of this country in the world of Science.

Design : The first day cover shows a picture of late Dr. Bhatnagar with Pandit Nehru – a photograph taken in the premises of the National Physical Laboratory.

Credits : The stamp, FDCs and cancellation are based on the material supplied by the sponsors, CSIR, New Delhi.