A commemorative postage stamp on Drugpa Lineage (Red Hat sect), a branch of the Kagyu school of Tibetan Buddhism : 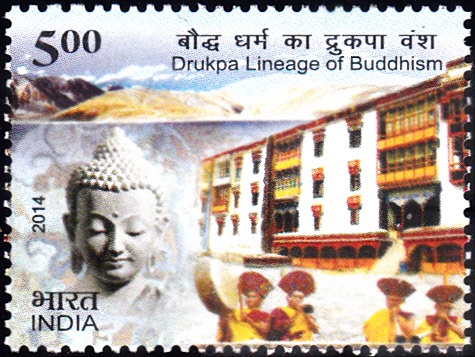 Issued for : Department of Posts is happy to release a Commemorative Postage Stamp on Drukpa Lineage of Buddhism.