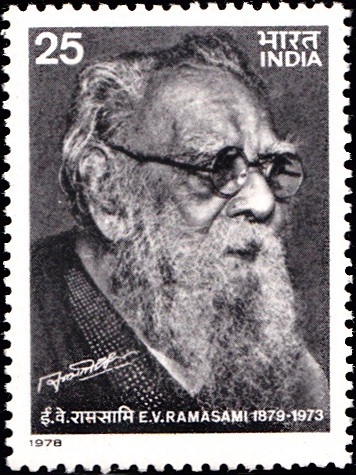 Description of Design : The stamp is vertical depicting a portrait of E. V. Ramasami in black colour. The First Day Cover shows a sculpture of a hand holding a torch from the Samadhi of Ramasami.