A commemorative postage stamp on the Death Anniversary of Smt. Rukmani Laxmipathi, first female prisoner in Salt Satyagraha movement and first woman to be elected to Madras Legislature : 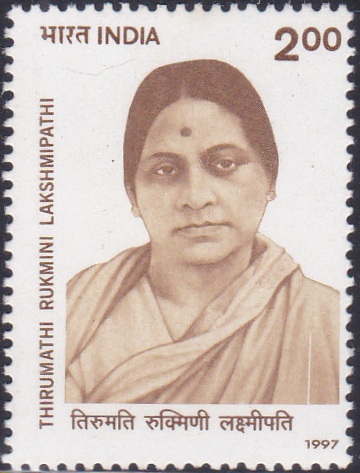 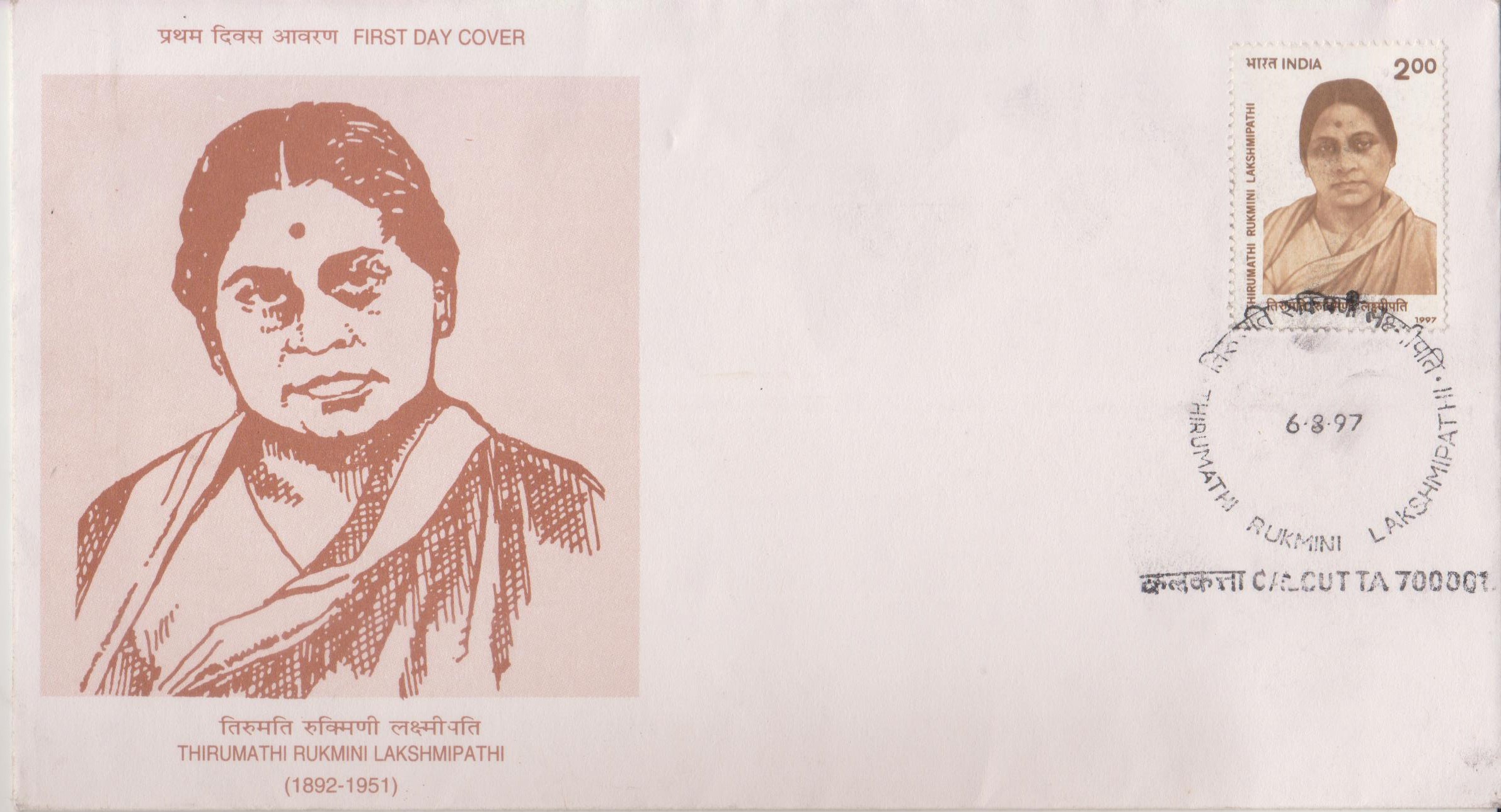 Issued for : The Department of Posts is releasing a special postage stamp to commemorate her death anniversary, in August 1997.