A commemorative postage stamp on the birth centenary of Sir Ernest Baron Rutherford of Nelson, father of nuclear physics and developer of theory of spontaneous disintegration of the atom : 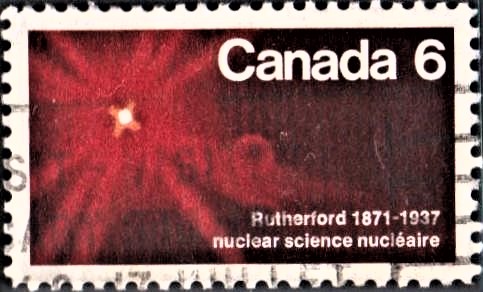