Complete set of 2 nos. of commemorative postage stamp on the International Year for Action to Combat Racism and Racial Discrimination : 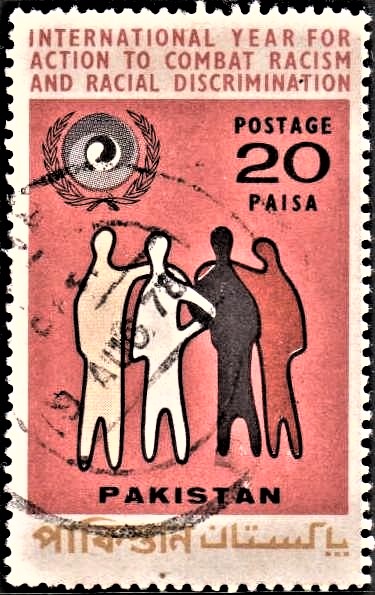 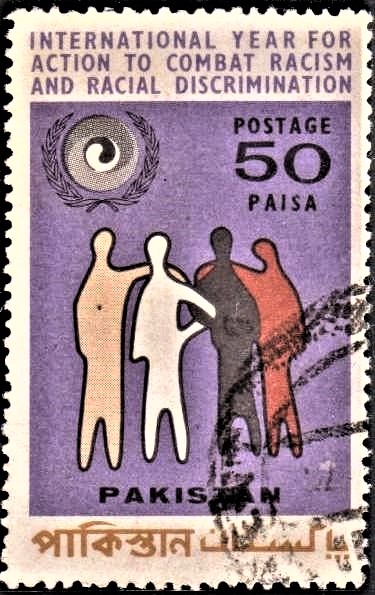 The top portion of the stamps bears the caption “International Year for Action to Combat Racism and Racial Discrimination” in brick red colour in the 20-Paisa stamp and mauve colour in the 50-Paisa stamp. Four abstract human figures, representing the main racial groups in yellow, white, black and brown colours, with arms entwined, form the subject of the design against brick-red background in the 20-Paisa stamp and mauve background in the 50-Paisa stamp. On the top left of the stamp is reproduced as an inset the design adopted by the UNO in this behalf. The value, the words “Postage”, “Paisa” and “Pakistan” in English or in black colour while the word “Pakistan” in Bengali and Urdu, placed at the bottom of the stamp, is in yellow against a white background.