Complete Set of 2 nos of commemorative postage stamps on the Golden Jubilee of the International Flight in India between Bombay to London on 8th June 1948 : 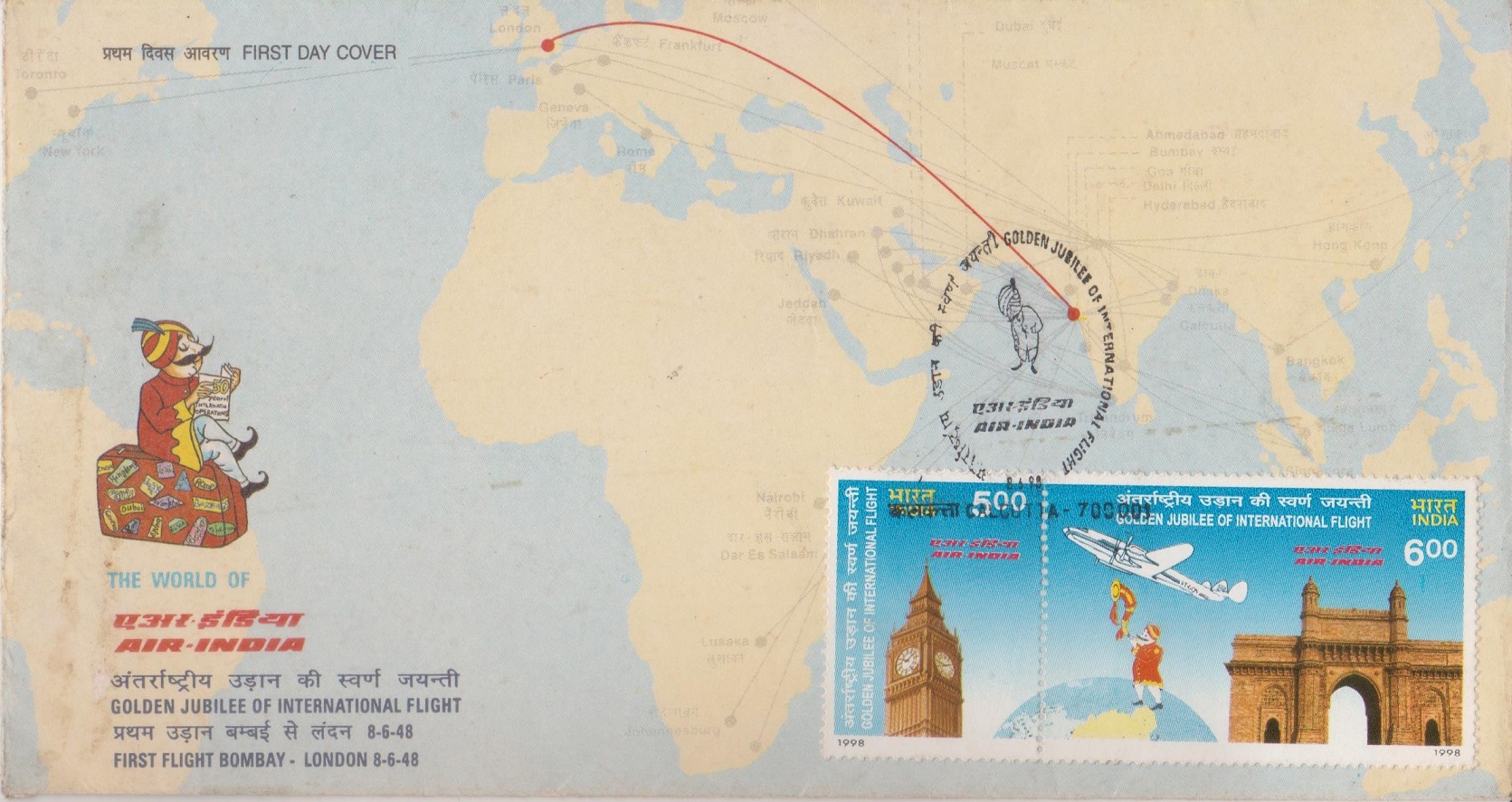 Issued for : The special postage stamp is issued by the Department of Post to mark the 50 years of international flights of Air-India.

Credits :
Stamp, FDC & brochure : Based on the material supplied by the Air-India
Cancellation : Smt. Alka Sharma