Complete Set of 2 nos of postage stamps on the 50th Anniversary of the Independence of India : 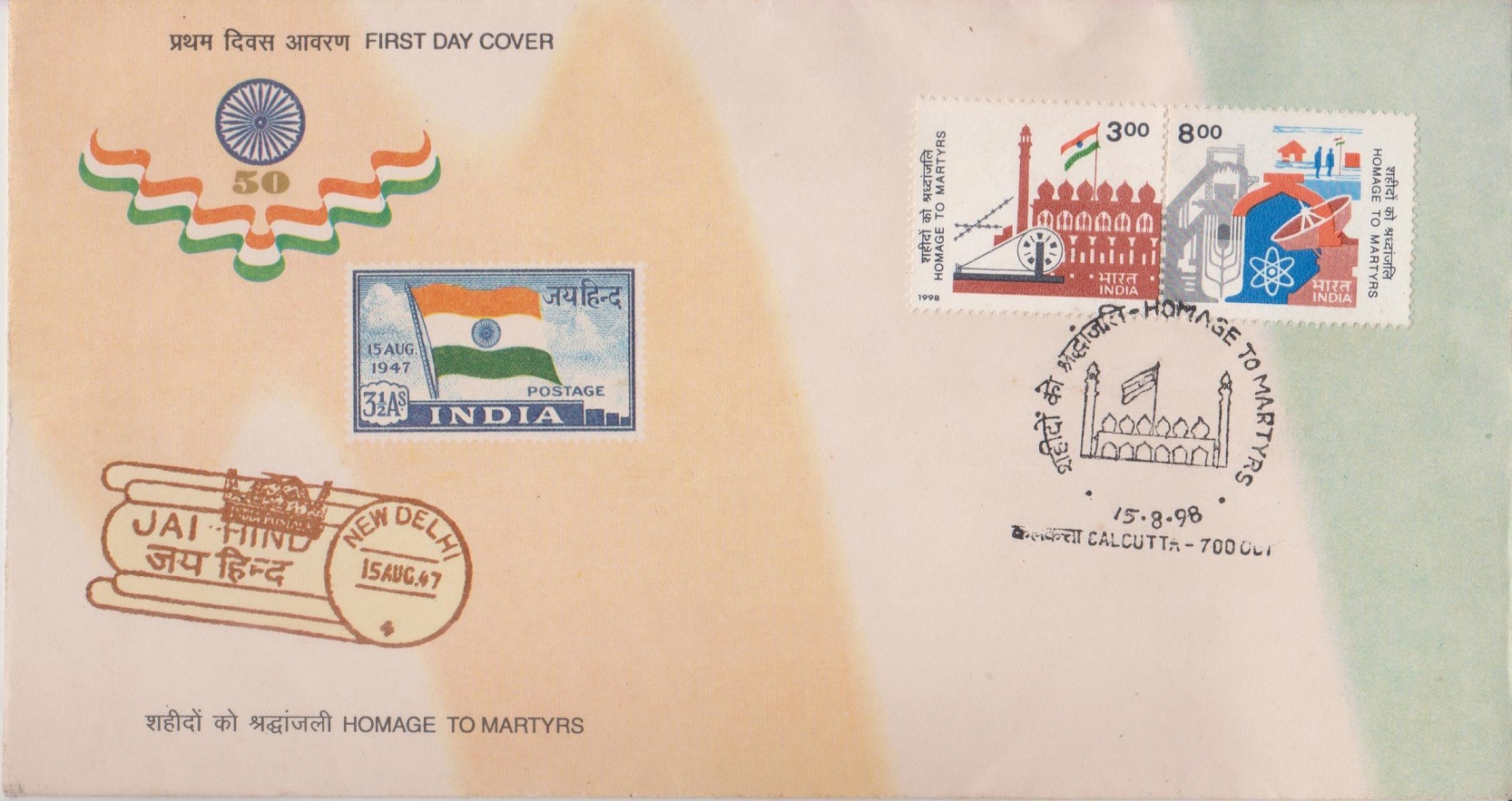 Issued for : At the conclusion of the 50th anniversary of Independence, the Department of Posts pay homage to the martyrs of the freedom struggle with the issue of this special / commemorative setenant of two stamps, symbolising the years of struggle for Independence, the attainment of independence and India’s achievements in the post-independence years.

Picture : The instant stamp design portrays progressively from left to right our struggle for freedom culminating in the demand for self-government and eventual independence, leading on to industrial, scientific and technological developments – all contributing to the building of modern India. The spirit of adventure and exploration resulting in Indian scientists, especially geo-physicists and oceanographers reaching Antarctica is also suggestively proposed in the stamp design. The first day cover depicts the first slogan postmark, heralding the historic day, 15th August 1947 along with the first postage stamp issued, by Independent India.