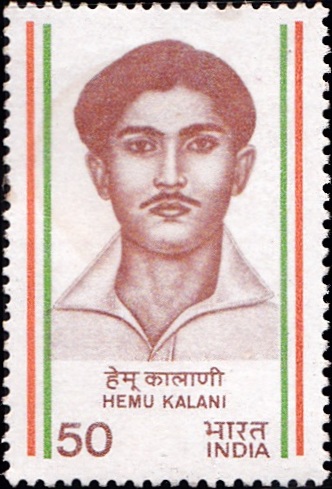 Issued for : Hemu Kalani, a Sindhi revolutionary and freedom fighter during the Indian Independence Movement. Indian Posts and Telegraphs Department is privileged to issue a commemorative stamp in the memory of this great martyr.