A commemorative postage stamp on the Birth Centenary of Hồ Chí Minh, 1st President of the Democratic Republic of Vietnam (1945-69) : 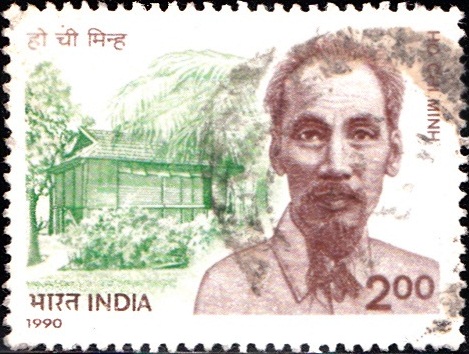 Description of Designs : The stamp depicts the portrait of late Dr. Ho Chi Minh and house he lived in. The stamp is based on photographs furnished by the Vietnamese Embassy.