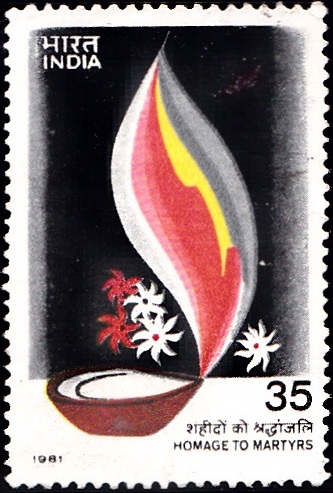 Issued for : On the 50th anniversary of the martyrdom of Bhagat Singh, Raj Guru, Sukhdev, Chandra Shekhar Azad, Hari Kishan and Mallapa Dhanashetti, Indian P & T Department joins the Nation in paying homage to all the men and women, known and unknown, who laid down their lives so that India may be free.

Design : The stamp and First Day cover were designed by Dipok Dey; and the special cancellation by Charanjit Lal.