A Miniature Sheet consisting of 4 nos of postage stamps on the 75th Anniversary of the Salt Satyagraha, an act of nonviolent civil disobedience in colonial India led by Mahatma Gandhi : 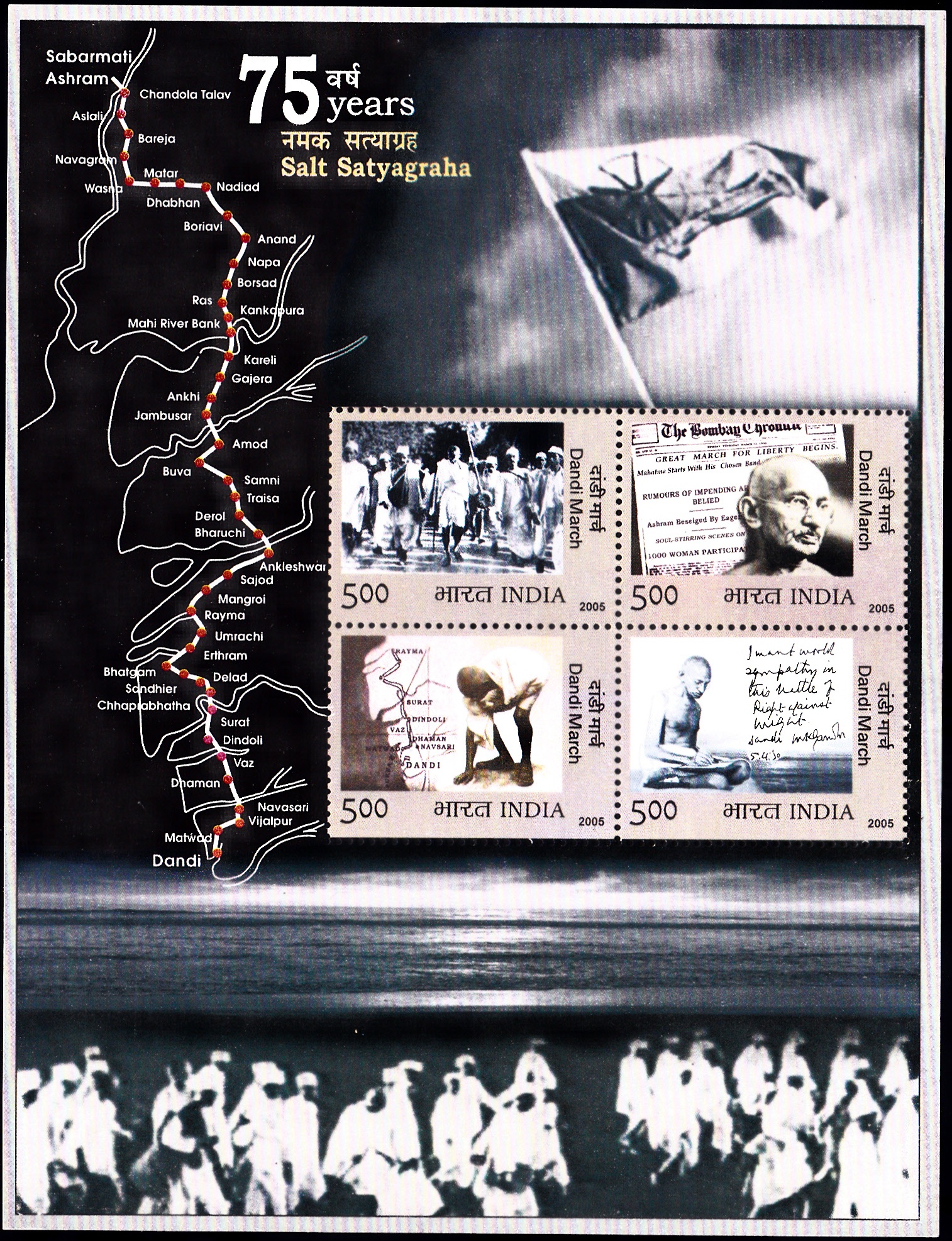 Issued for : The Department of Posts joins the nation in commemorating the 75th anniversary of Dandi March and is privileged to issue this set of stamps on the occasion.

Designs : This set of four stamps along with a miniature sheet tries to capture the historic moment and its varied facets. The first stamp (clockwise) catches a glimpse of the marchers, led by Mahatma Gandhi on the move. The second stamp shows Mahatma Gandhi while the headlines in “Bombay Chronicle” of March 13, 1930 announce the beginning of the “Great March for Liberty“. The third stamp shows lines written by Mahatma Gandhi on April 5th, 1930, “I want world sympathy in this battle of Right against the might“.

And finally, the last stamp, while showing the course traversed during the march, has Gandhiji picking up a lump of salt, a simple act, which forever become the powerful symbol of the Salt Satyagrah.

The miniature sheet extends the idea encapsulated in the stamps with artistic descriptions of the route taken during the commemoration of 75 years of Dandi March, while showing the historical footage of the followers of Mahatma Gandhi.