A Miniature Sheet consisting of 2 nos. of commemorative postage stamp on the 50 years of Space Cooperation between France and India : 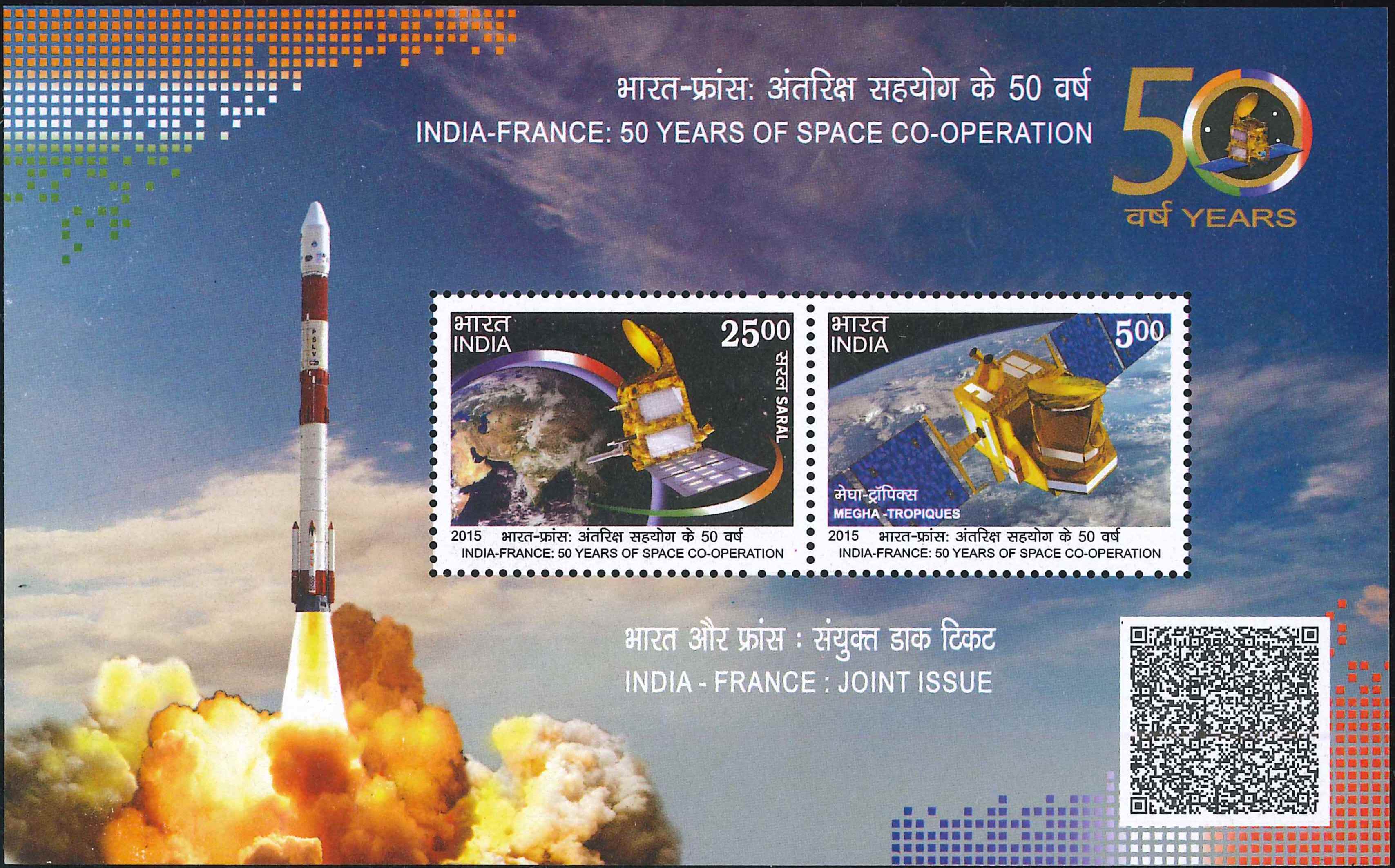 Issued for : Department of Posts is happy to release a set of two stamps and miniature sheet on the theme of India–France : 50 Years of Space Cooperation featuring one stamp each on the two satellites Megha-Tropiques and SARAL.