Complete Set of 2 nos of commemorative postage stamps on the Joint Issue of India and Iran : Kabir and Hafiz : 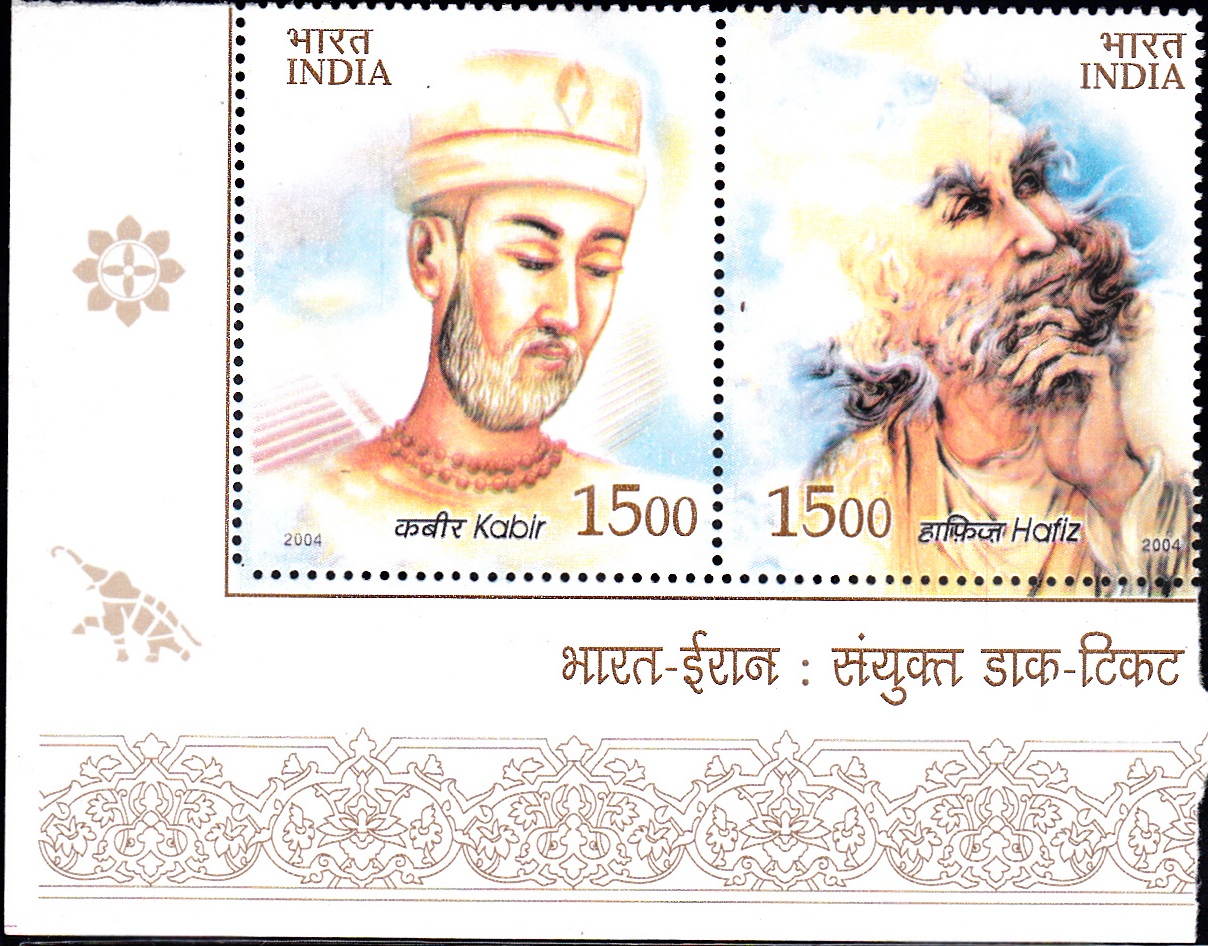 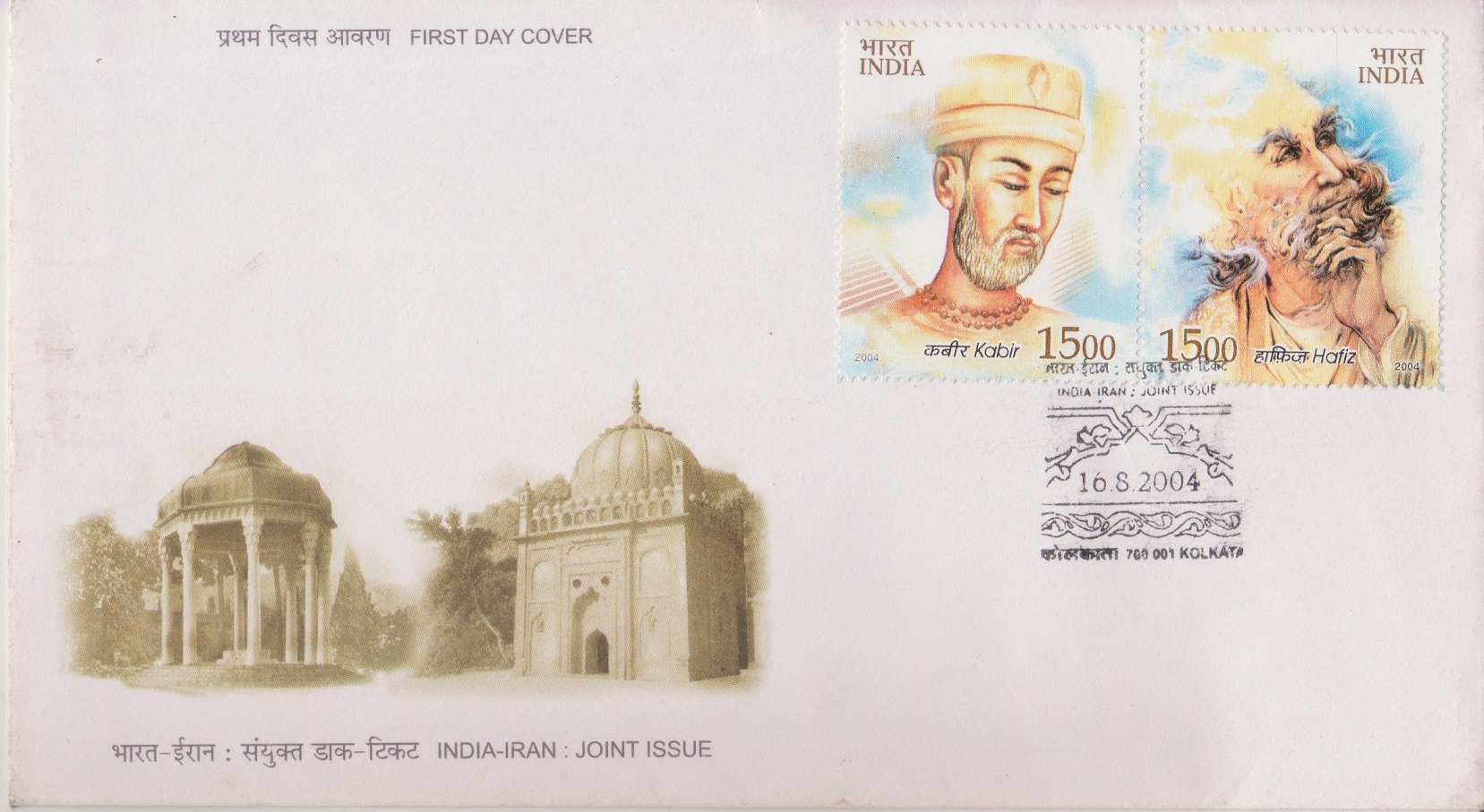 Issued for : The Department of Posts celebrates Indo-Iran diplomatic relations with the issue of this set of two stamps reflecting these two great philosophers and mystics.

Design : The first day cover depicts the tomb of Hafiz and shrine of Kabir.