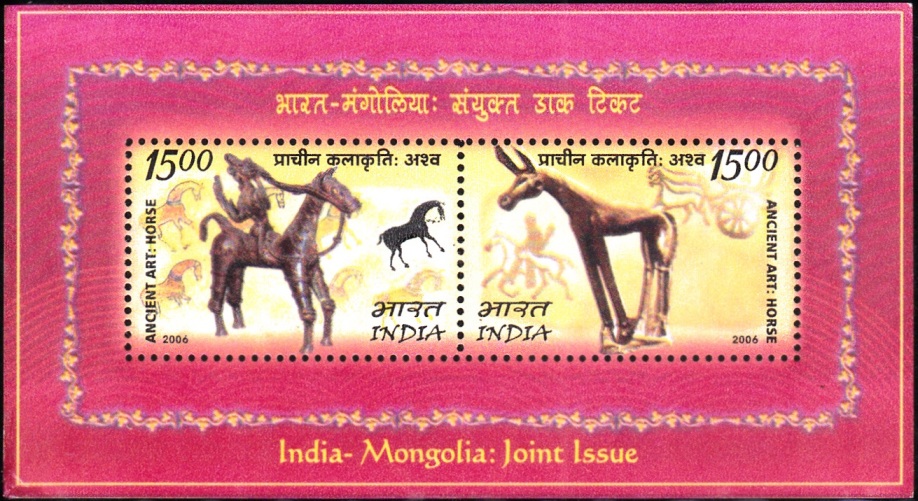 Issued for : India Post, through this joint release of stamps celebrates the friendship and cooperation between the governments and the peoples of India and Mongolia.