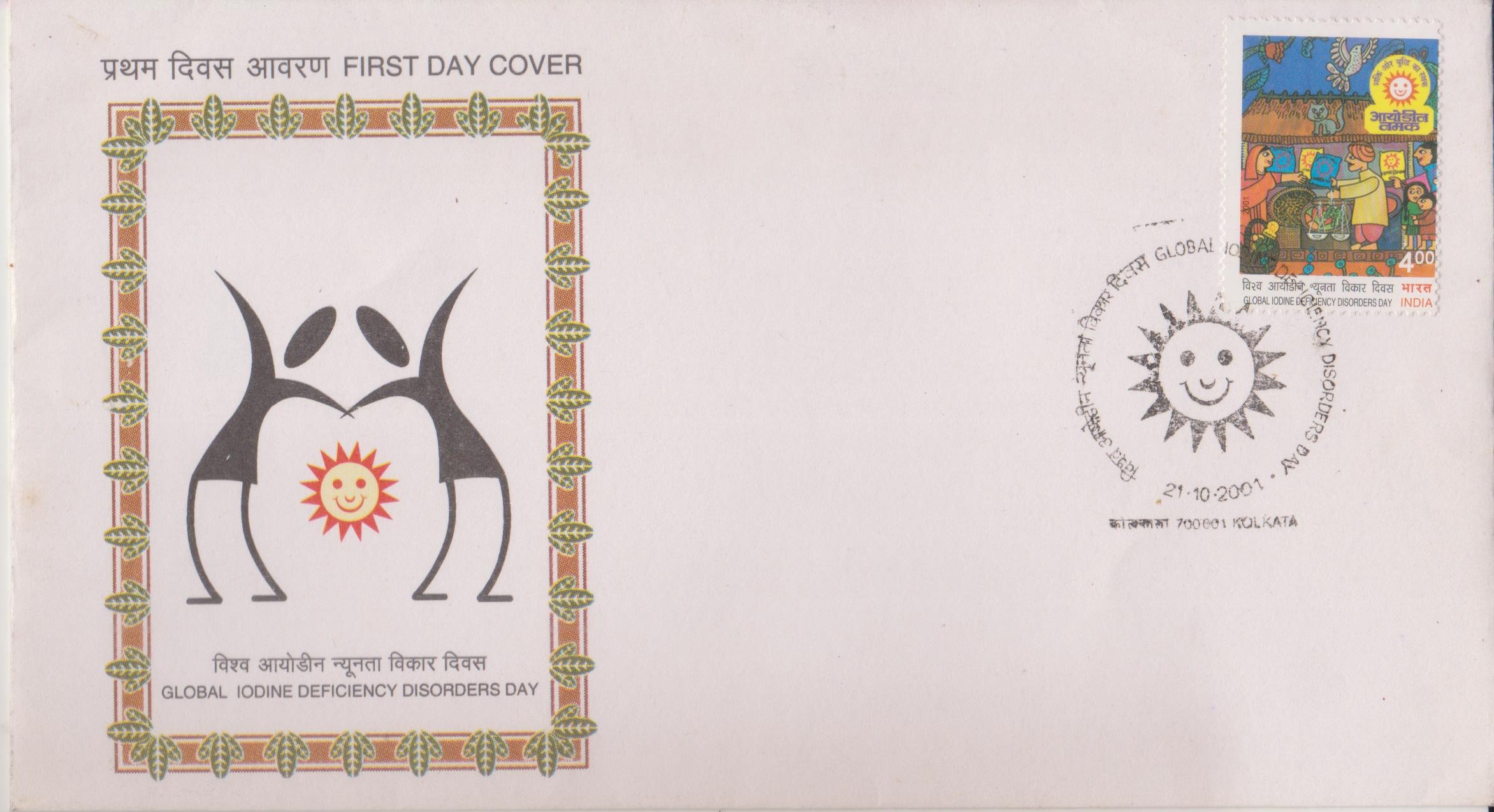 Issued for : Every year Global Iodine Deficiency Disorders Day is observed on 21st of October to highlight the progress achieved in the elimination of IDD and to identify the problems that remain to be addressed. The Department of Posts is happy to issue a commemorative postage stamp on this occasion.

Design : The design of the First Day Cover is symbolic of the importance of Iodine in maintaining health and well-being of man.