A commemorative postage stamp on the Golden Jubilee of International Commission on Large Dams (ICOLD), an international non-governmental organization for sharing of professional information and knowledge of design, construction, maintenance & impact of large dams : 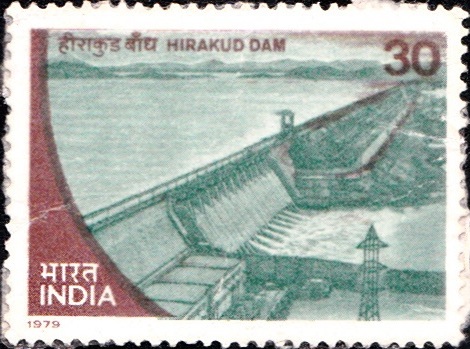 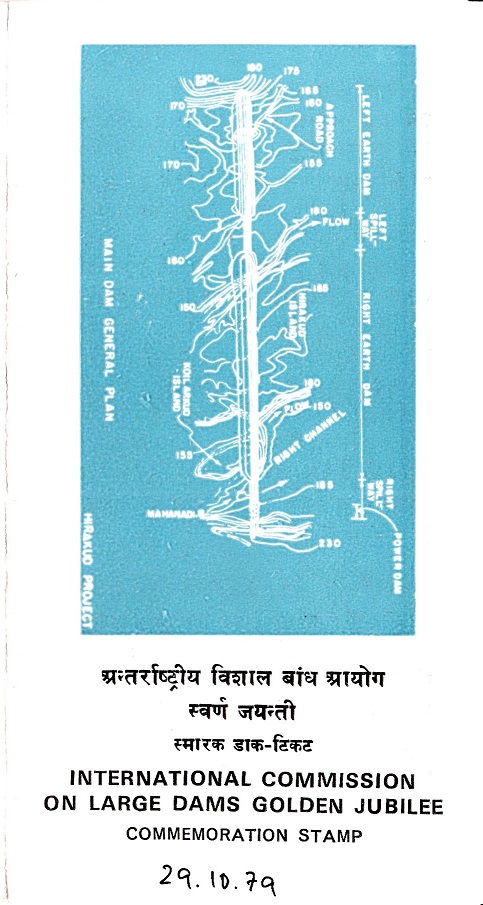 Issued for : Indian Posts and Telegraphs Department is happy to commemorate the Golden Jubilee Congress of the ICOLD by issuing a postage stamp.

Description of Design : An aerial view of the Hirakud Dam on the Mahanadi in Orissa State is depicted on the stamp. It is the largest earth dam in the country. It is nearly 25.5 kilometres long and 61 metres high. Its gross storage capacity is 8100 million cubic metres spread over 746 square kilometres. Besides generating power, its irrigation potential covers 253747 hectares.