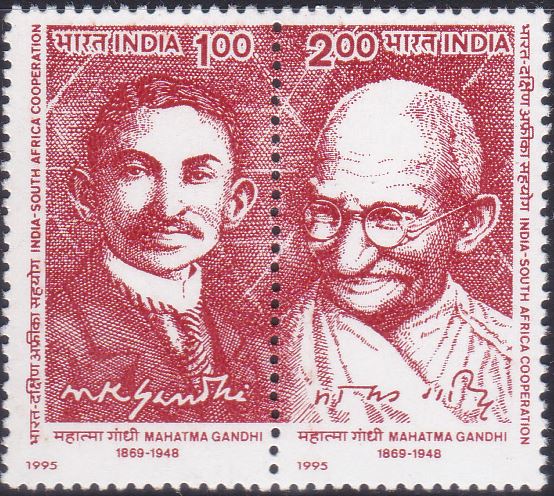 Issued for : It is in order to recall this common heritage and the links forged by Mahatma Gandhi and there after by Nelson Mandela that the Department of Post has sought to release these commemorative stamps on 2nd October, 1995, on completion of the hundred and twenty fifth birth anniversary of Mahatma Gandhi. The cancellation is a line drawing of the Pietermaritzberg Railway Station at which Mahatma Gandhi‘s historic journey to satyagraha began.

Number of stamps Printed : 1.05 Million Each