A Souvenir Sheet consisting of 1 no. of commemorative postage stamp on the Coffee of India : 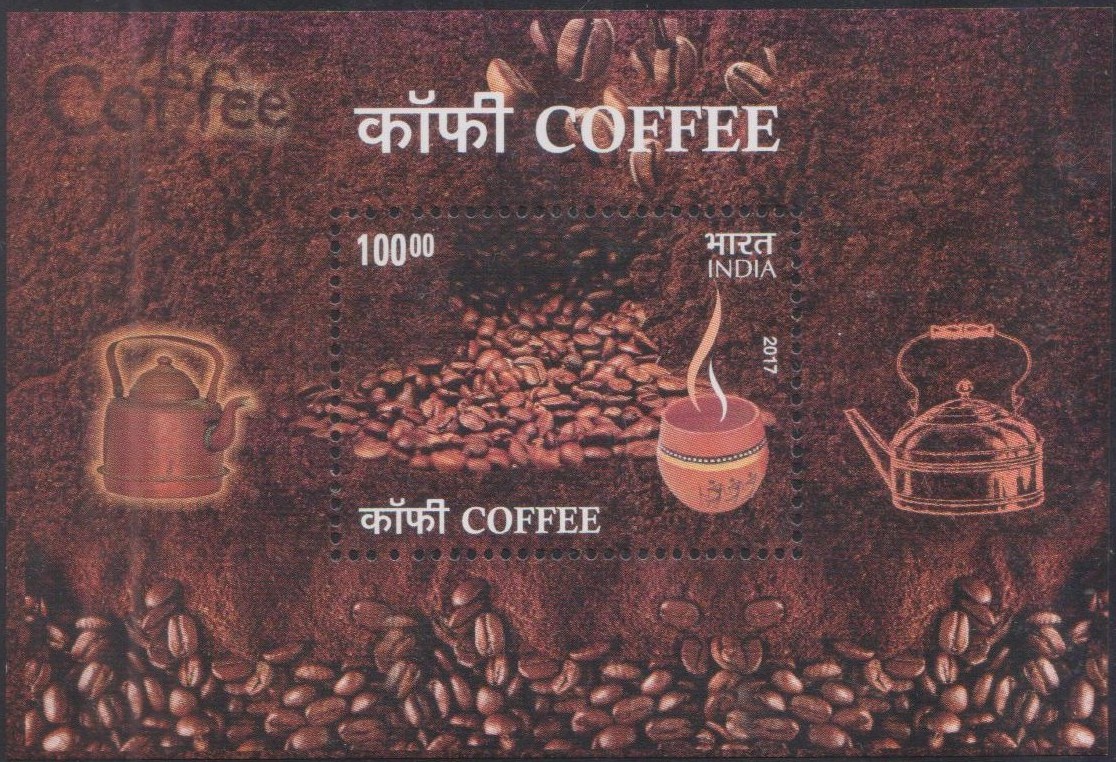 Issued for : Department of Posts is pleased to issue a Commemorative Postage Stamp on Coffee as a fragrance stamp.