A commemorative postage stamp on the Birth Centenary of Jawahar Lal Nehru : 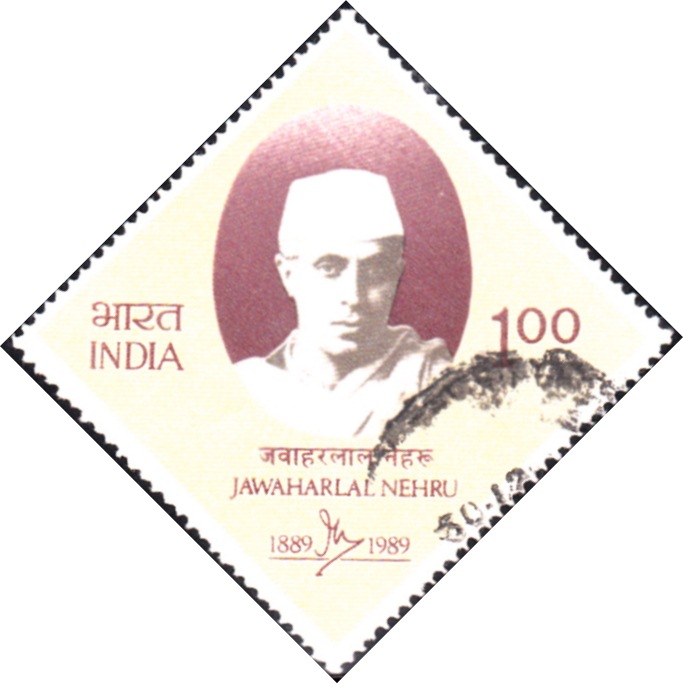 Description of design : The design for the stamp is an unusual rhombus shape. The design is based on a famous photograph of the young Jawaharlal Nehru dressed in the distinctive khadi of the National freedom struggle. This photograph portrays the magnetic appeal of his personality, the intensity of his vision and the purity of his innerself. The design is by Sithesh Debnath. First Day Cover is designed by M. F. Husain.