A commemorative postage stamp on the International Co–operation Year (ICY): 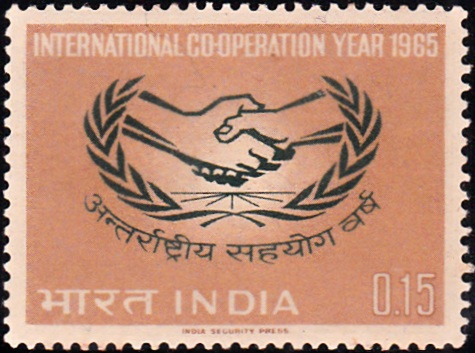 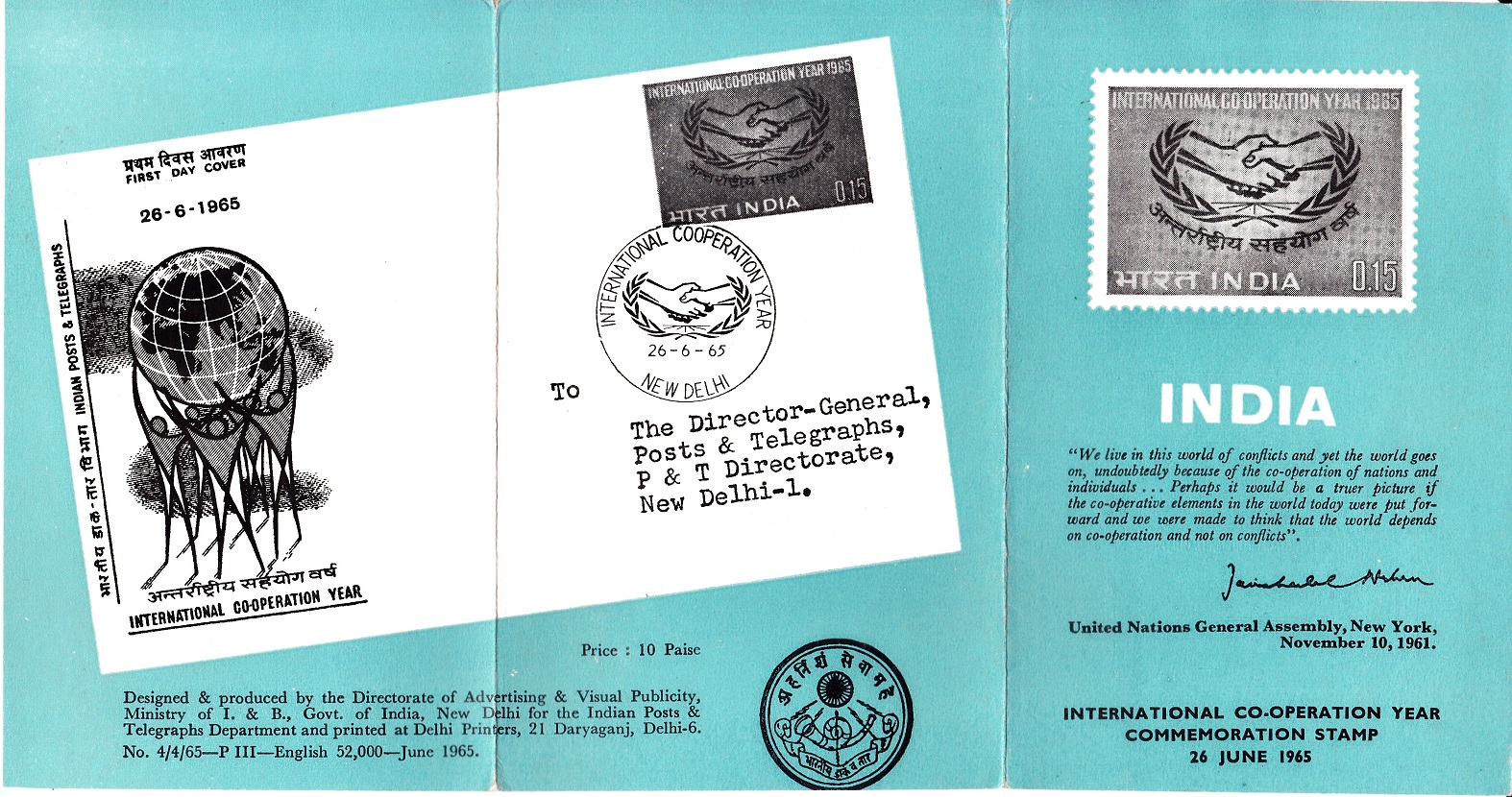 Issued for : The Posts and Telegraphs Department has pleasure in commemorating the International Co-operation Year by issuing a special postage stamp on the twentieth anniversary of the signing of the Charter of the United Nations.

Design : The motif of the stamp consists of the ICY symbol of two joined hands framed by olive wreaths and the inscription “International Co-operation Year 1965”.

“We live in this world of conflicts and yet the world goes on, undoubtedly because of the co-operation of nations and individuals…Perhaps it would be a truer picture if the co-operative elements in the world today were put forward and we were made to think that the world depends on co-operation and not on conflicts.” – Jawaharlal Nehru at United Nations General Assembly, New York on November 10, 1961