Information Sheet for the Commemorative Postage Stamp of Mahakavi Vidyapati Thakur, compared with Dante in Italy and Chaucer in England : 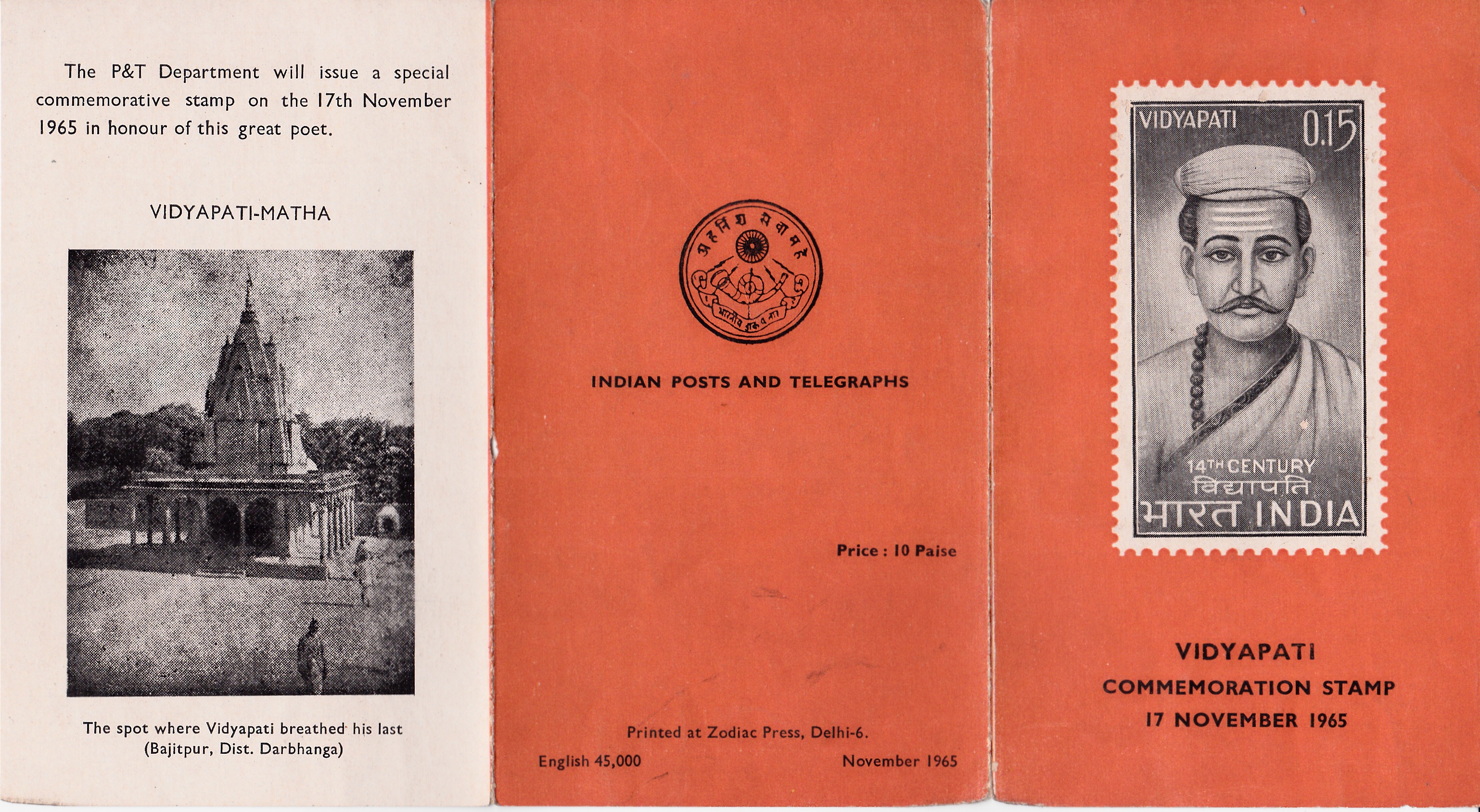 Issued for : The P&T Department will issue a special commemorative stamp on the 17th November 1965 in honour of this great poet.