A set of two commemorative postage stamps on the International Co–operation Year (ICY) : 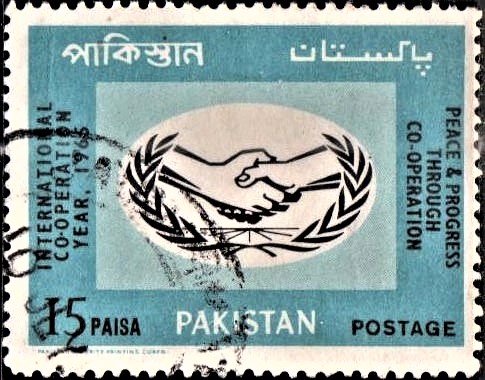 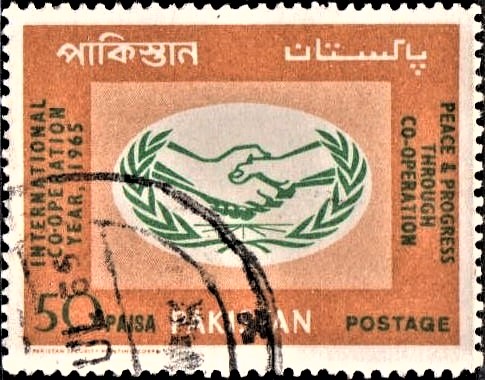 Design : The Stamps are intended for issue to commemorate the International Co-operation Year, 1965. The main feature of design is the insignia of “Co-operation” shown centrally in an ellipse. In the frame, the slogan “Peace and Progress through Co–operation” has been shown vertically towards the right and “International Co-operation Year, 1965” towards the left. The words “Pakistan” in Urdu and Bengali have been shown on top right and top left while in English in bottom centre, in reverse letterings. The denomination appears at the bottom left corner and word “Postage” at bottom right.

Number of Stamps in each sheet : 80