A set of 2 commemorative postage stamps on the Islamic Summit 1974 : 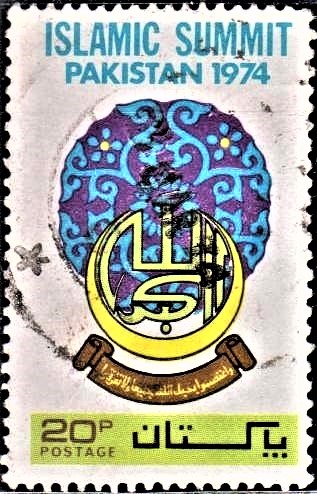 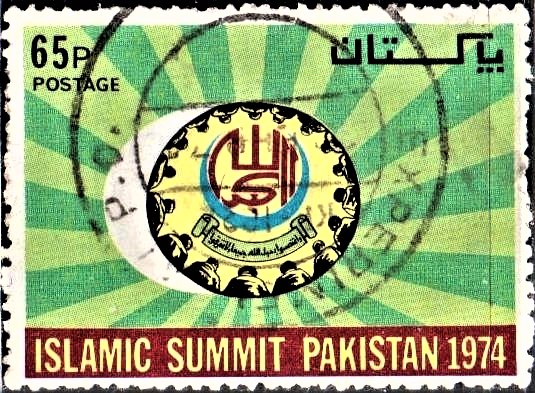 Issued for : In order to commemorate the auspicious occasion of the Islamic Summit Pakistan 1974, Post Office Department has brought out a set of two commemorative postage stamps of 20-Paisa and 65-Paisa denominations on 22.2.1974. A Souvenir Sheet containing the two stamps is also to be brought in the size 100 m.m. x 100 m.m. Each souvenir sheet is priced at 85-Paisa. The number of souvenir sheets printed is 1,00,000.

Design :
(i) 20 Paisa Stamp : Format of the stamp is vertical. A circular Islamic Motif in blue and mauve colours appears at the upper portion of the stamp super-imposed on the lower portion by the Islamic Summit insignia in yellow, light green and brown colour.

(ii) 65 Paisa Stamp : Format of the stamp is horizontal. The Islamic Summit insignia which is in red, blue and black colours appears against a circular yellow background fringed by sitting human forms in black symbolic representation of the participants of the Conference. A white Crescent embraces the circular shape from the left side. A number of ray-strips of pale green and dark green colours emerge from behind this circle and spread upto extremities of the stamp.

Number of stamps in each sheet : 50 (fifty) each