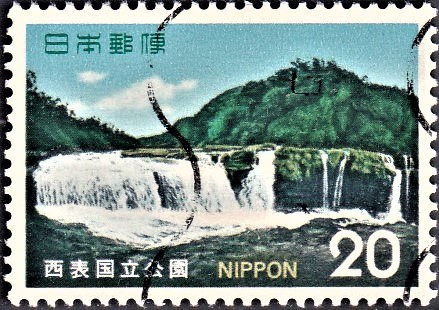 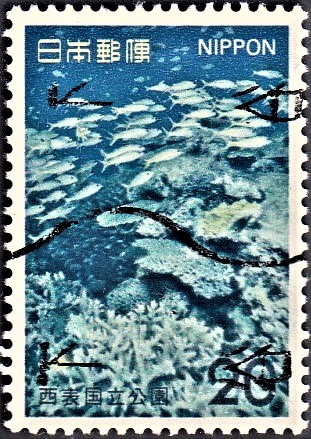 Issued for : As an issue of National Park Series, a set of two postage stamps depicting sceneries of the Iriomote National Park were issued.

This park, with the land area of 12,506 hectares and sea area of 32,100 hectares, includes such islands as Iriomote, Kohama, Taketomi, Kuroshima etc., which belong to the Yaeyama Islands of Okinawa Prefecture.

Design : (A) Marudu Falls and (B) Seascape