A commemorative postage stamp on the 100 years of the National Museum of Nature and Science, Tokyo : 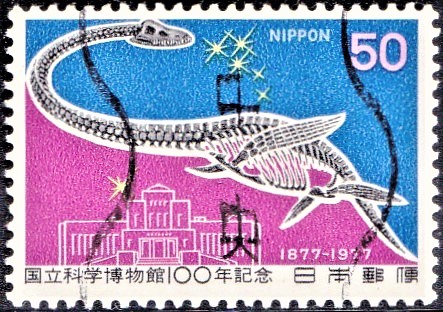