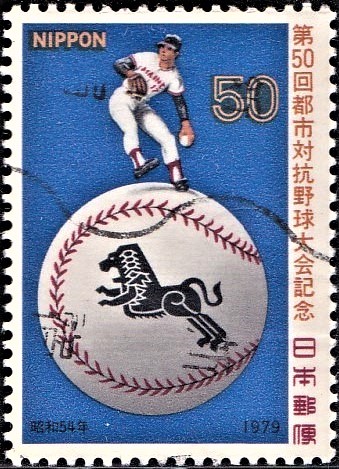 Design : The postage stamp depicts a ball with a black lion and a pitcher, and the number of stitches on the ball suggests the efforts made by the designer.