A postage stamp to mark the International Letter Writing Week 1983 : 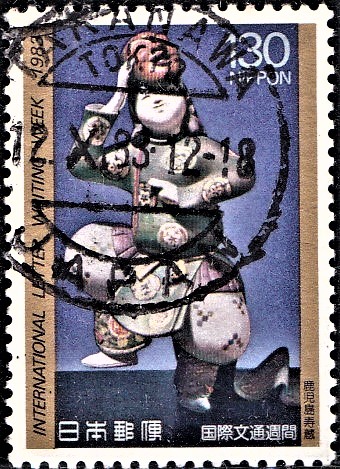 Issued for : A 130 yen postage stamp will be issued on October 6, 1983 on the occasion of International Letter Writing Week.

Design : The design of the stamp is a shiso doll named “Chikyū” made by Juzō Kagoshima.

“Shiso” (paper modelling) is the name which Juzō Kagoshima gave to this doll-making process which uses “washi” (Japanese paper) as an important base material. The name “Shiso” denotes both the technique and the material.