A commemorative postage stamp on the 90th Anniversary of the National Diet of Japan : 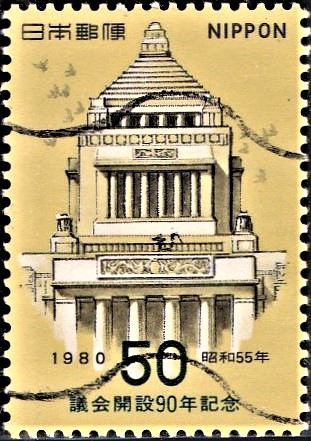 Design : The Diet Building with Doves