A postage stamp on the 100 Years of Postal Savings System in Japan : 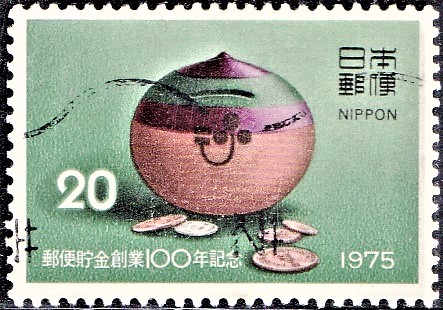 Issued for : On the occasion of the 100th anniversary of the establishment of the Japan‘s postal savings system, a commemorative stamp was issued. This system is now enjoying the largest scale in the world : its deposit amounts to more than ¥21,000 billion and its business is handled by more than 20 thousand post offices in Japan.

Design : A savings box and coins