Complete Set of 2 nos of postage stamps on the Historic Ships : 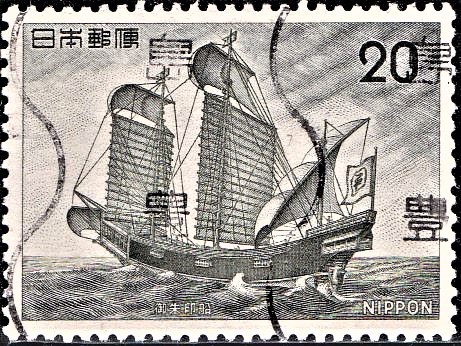 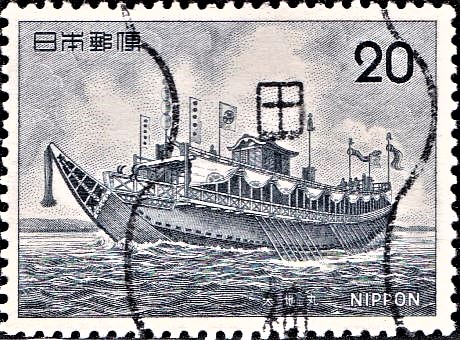 Issued for : As the second of the Japanese ship series, two 20 yen postage stamps (se-tenant) will be issued featuring “Goshuin-sen” and “Tenchi-maru” respectively.

Picture : Goshuin–sen was a large-sized foreign trader authorized by the shogunate. It was active in trade with Southeast Asia from Momoyama Period (1575-1600) to the early part of Yedo Period (1615-1866). By means of the Goshuin–sen the wealthy merchants in Kyoto, Sakai and Nagasaki set about foreign trade. At the beginning the ship was built after Chinese fashion and about 30 metres long, but later European ship-building technique was adopted and the body became larger.

Tenchi–maru was the state ship built by the order of Shogun Iyemitsu Tokugawa, the third. Constructed like a warship it was 44 metres long, about 16 metres wide and about 4 metres deep. Lacquered in vermilion it was gorgeous ship with 76 oars and in use from 1630 to the last days of the Tokugawa shogunate (1866).