A commemorative postage stamp on the Inauguration of Kolia Bhomora Setu, a pre-stressed concrete road bridge over Brahmaputra River on route of National Highway 715 (NH-37A) : 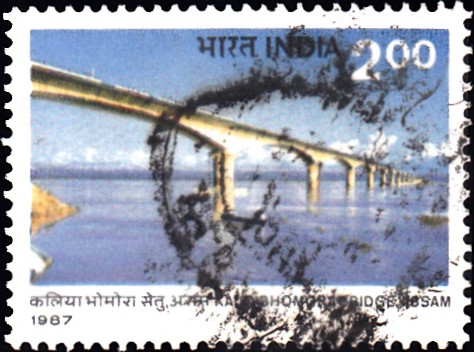 Issued for : The Department of Posts is happy to issue a special stamp on Kalia Bhomora Bridge, Assam.

Description of Design : The 200p multicolour stamp has been designed by India Security Press, Nashik Road and shows an over view of the Kalia Bhomora Bridge across the Brahmaputra river in Tezpur. The cancellation has been designed by Miss Nenu Bagga and Mrs. Alka Sharma.