A commemorative postage stamp on the 49th Birth Anniversary of King Mahendra of Nepal : 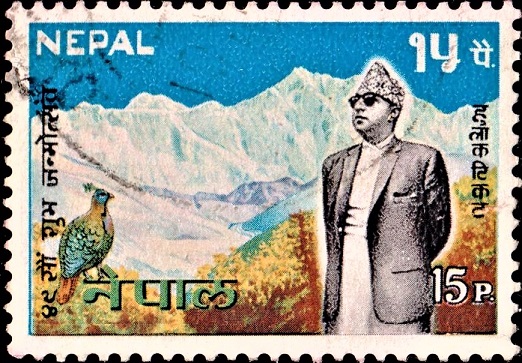 Issued for : Devotedly followed by all the millions of Nepalese people, His Majesty King Mahendra Bir Bikram Shah Dev is the unquestioned leader of emerging modern Nepal. His 49th Birthday is being celebrated as a national festival with gaiety and enthusiasm throughout the length and breadth of this Himalayan Kingdom.

Printer : The Printing Bureau, Ministry of Finance, Government of Japan