A Souvenir Sheet consisting of 1 no. of commemorative postage stamp on the Yoga Day : 21 June, official United Nations promotion of global health, harmony and peace : 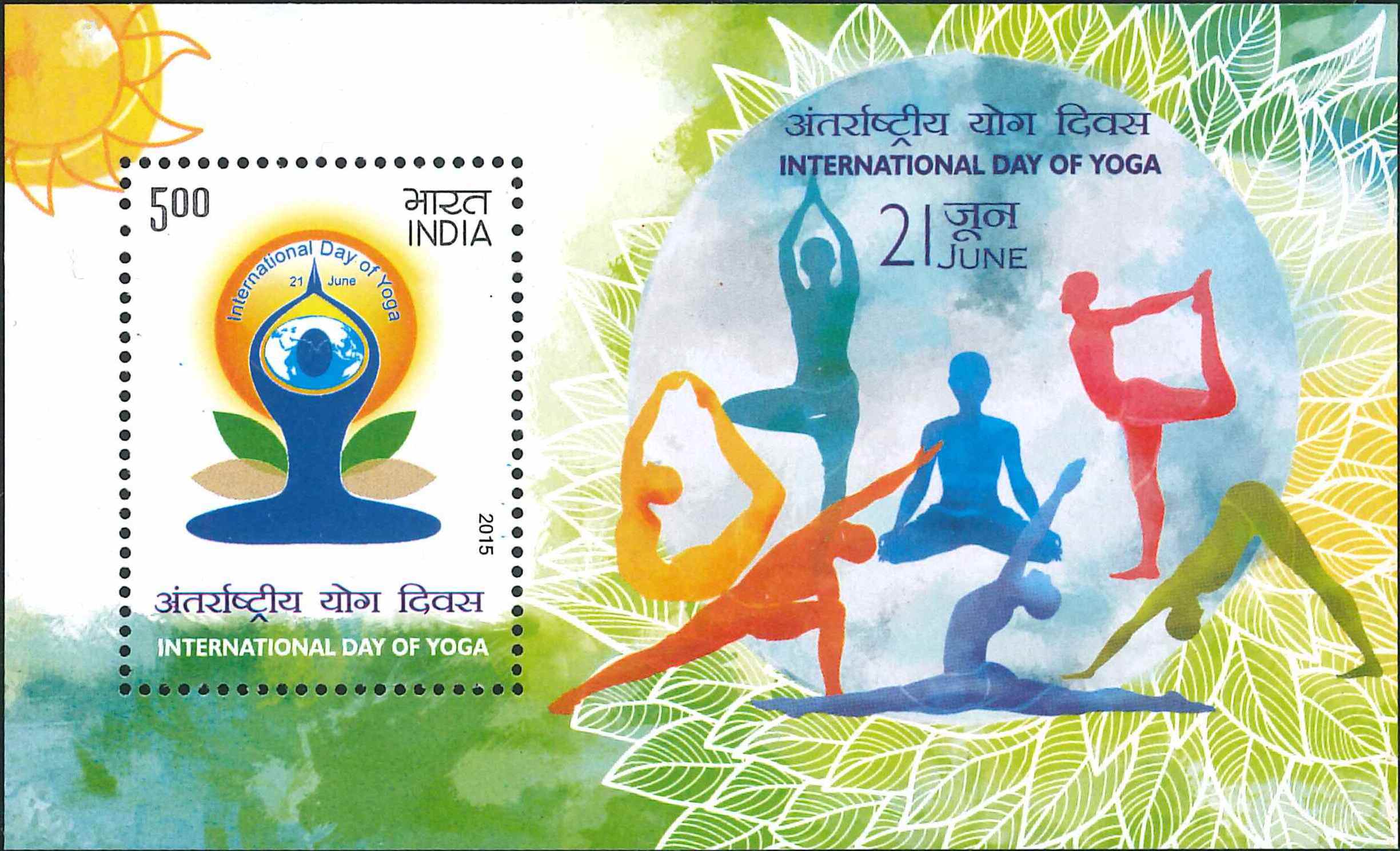 Issued for : Department of Posts is happy to issue a commemorative postage stamp on the occasion of the first ‘International Day of Yoga’.

Design : The stamp depicts the logo of the International Day of Yoga where folding of both hands symbolizes Yoga, the union, which reflects the union of individual consciousness with that of universal consciousness, a perfect harmony between mind & body, man & nature. The green leaves symbolize nature, blue symbolizes the water element, the holistic approach to health & well-being. The brown leaves symbolize the Earth element, brightness symbolizes the fire element and the Sun symbolizes the source of energy and inspiration. The logo reflects harmony and peace for the humanity, which is the essence of Yoga.