A commemorative postage stamp on the Madras (Chennai) High Court [a part of the series ‘Centenary of High Courts‘] : 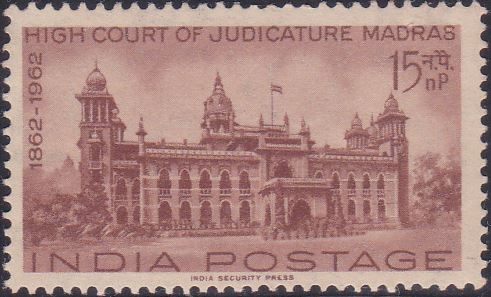