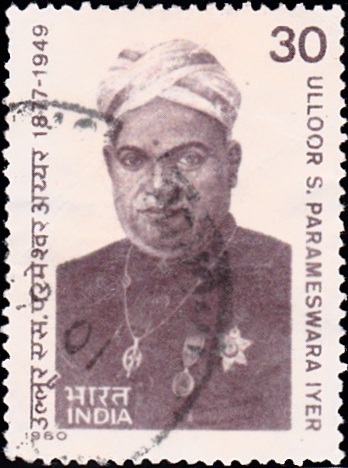 Issued for : The Indian Posts and Telegraphs Department feels privileged to issue a special stamp in his honour.

Description of the Designs : The stamp carries a portrait of the poet in the traditional dress of the Travancore State Officers. The first day cover depicts a view of the Mahakavi Ulloor Memorial Building at Trivandrum. The cancellation depicts in outline the magnum opus of the poet, ‘Kerala Sahitya Charithram‘ alongwith the inscription in Hindi and English.