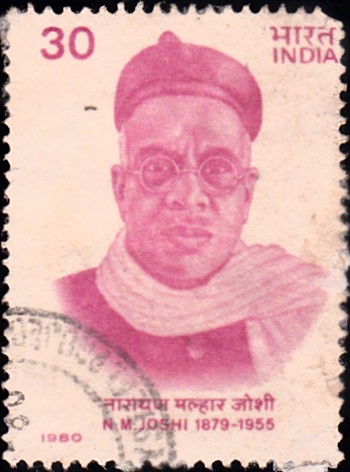 Issued for : The Indian Posts and Telegraphs Department is privileged to commemorate the father of the Trade Union movement in India by issuing a special postage stamp.

Description of Designs : The stamp and the first day cover depict the portrait of the Shri N. M. Joshi.