A commemorative postage stamp on the Birth Centenary of Albert Einstein, a German theoretical physicist, received 1921 Nobel Prize in Physics, developed the theory of relativity : 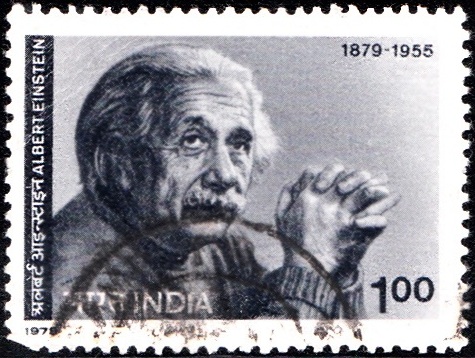 Issued for : The P & T Department feels privileged to bring out a commemorative postage stamp on the birth centenary of this great scientist.

Description of Design : The design of the stamp is horizontal and depicts a portrait of the personality.