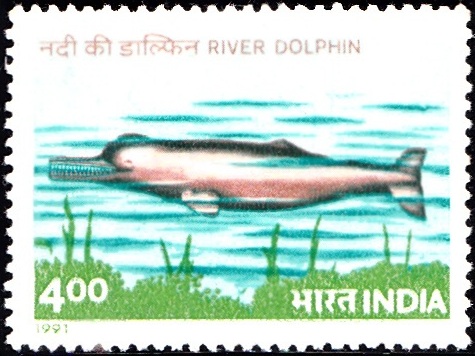 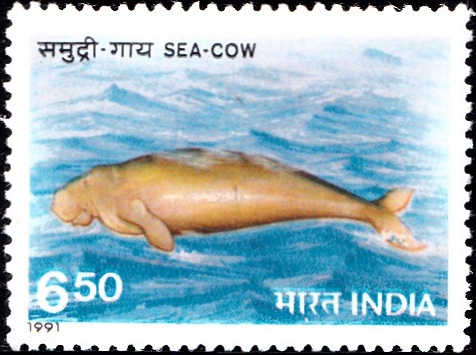 Issued for : The Department of Posts hopes that these stamps will create an awareness for preservation not only of the habitat of these two species as well as the species themselves but also about the need to protect our environment.

Description of Design : The special postage stamps and the First Day Cover are based on the art works provided by Central Marine Fisheries Research Institute, Cochin. The First Day Cover depicts a Sea Dolphin. Cancellation is designed by Ms Nenu Gupta.