A commemorative postage stamp on the Anniversary of the Mizo Accord, 1986, Memorandum of Settlement : 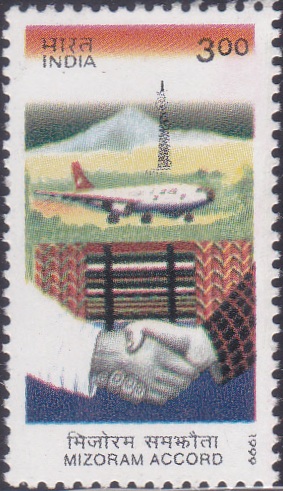 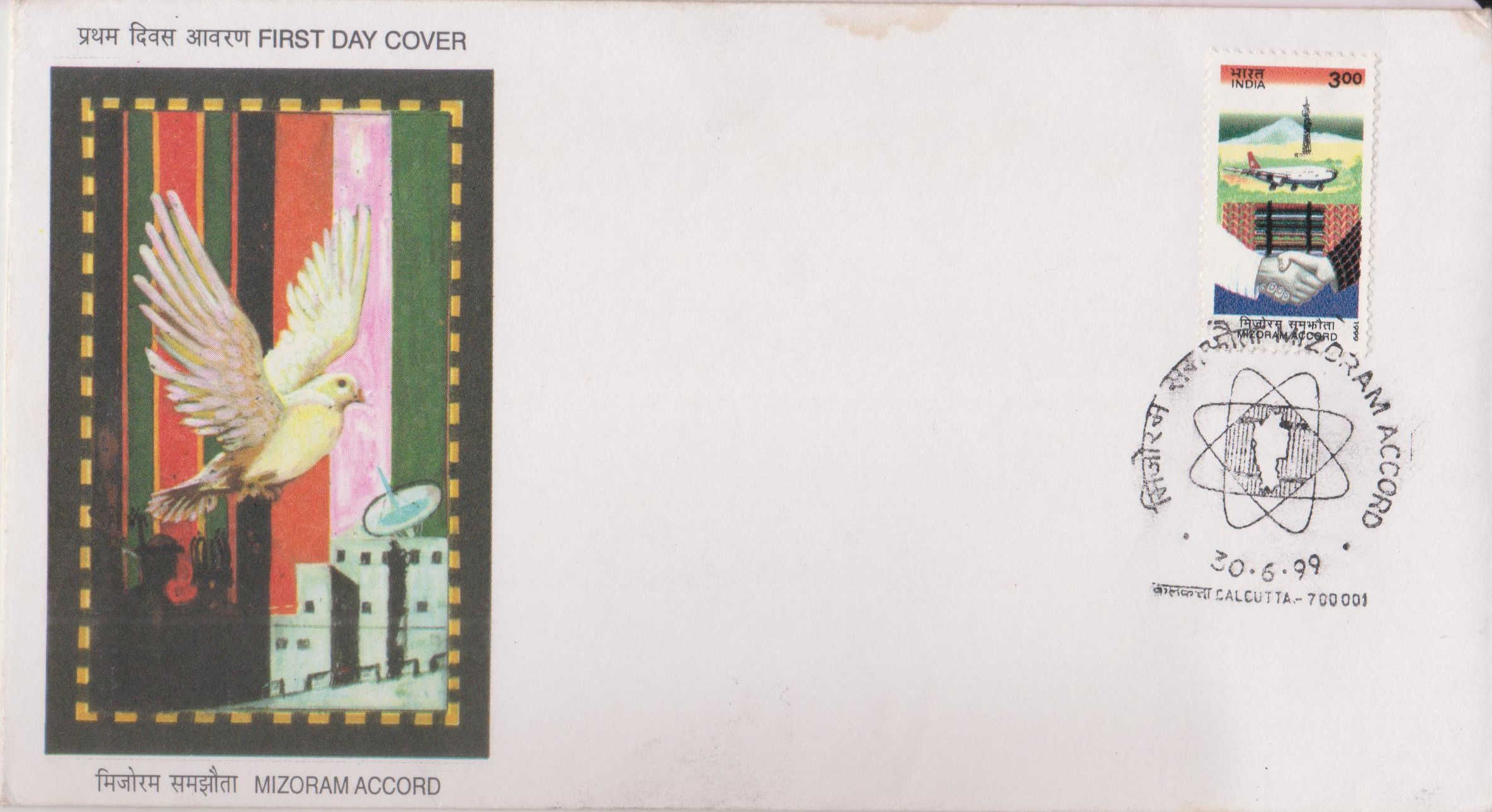 Issued for : The Department of Posts is happy to issue this stamp commemorating Mizoram Accord.

Design : The design of the stamp emphasizes the lasting peace brought on by the Accord with the two hands clasped in a firm handshake symbolizing the Accord. The richly embroidered Mizo cloth ‘puanchai’ worn by Mizo women on occasions of merriment, gaiety and festivity symbolizes peace and harmony in the state and the lush green hills in the background represent the natural scenic beauty of the state. The first day cover again symbolizes the peace and progress brought by the Accord.