A commemorative postage stamp on the Indus River (Sindhu), one of the longest rivers in Asia, originating in Tibetan Plateau and merge into Arabian Sea : 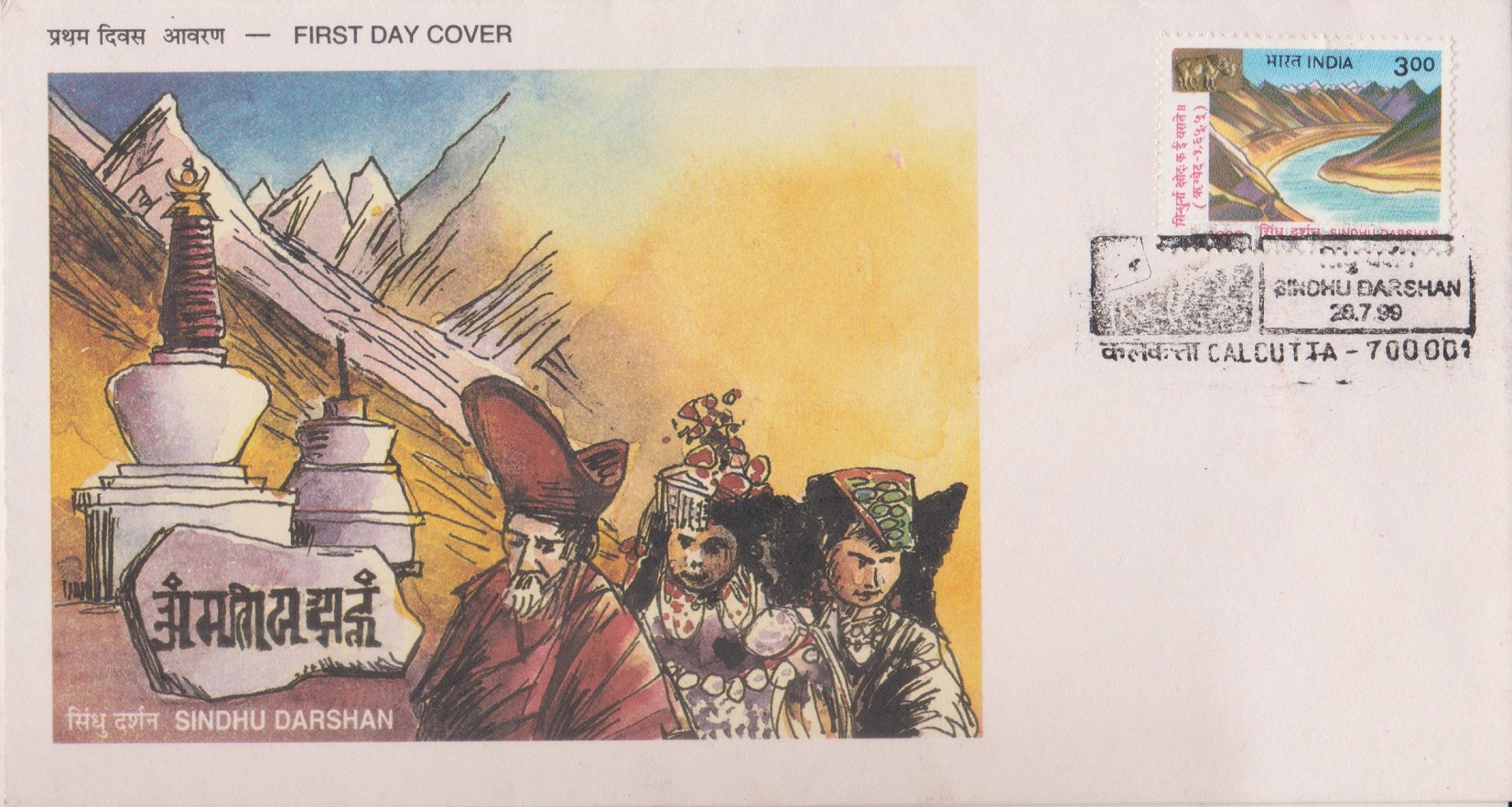 Issued for : The Department of Posts is happy to issue this special stamp on the ‘Sindhu’ so irrevocably a bond with the country’s glorious ancient civilisation, on the occasion of the Sindhu Darshan Festival (Abhiyan).

Design : The stamp depicts a landscape in the upper reaches of the Sindhu with an inset of the famous ‘Vrishabha’ (bull) seal of the Indus Valley Civilisation and a line, from the ‘Rig Veda’, describing the Sindhu [“So swift is Sindhu, nothing can impede“ (Rig Veda-1, 65, 5)].

The design of the First Day Cover blends some cultural and topographical aspects of Ladakh.