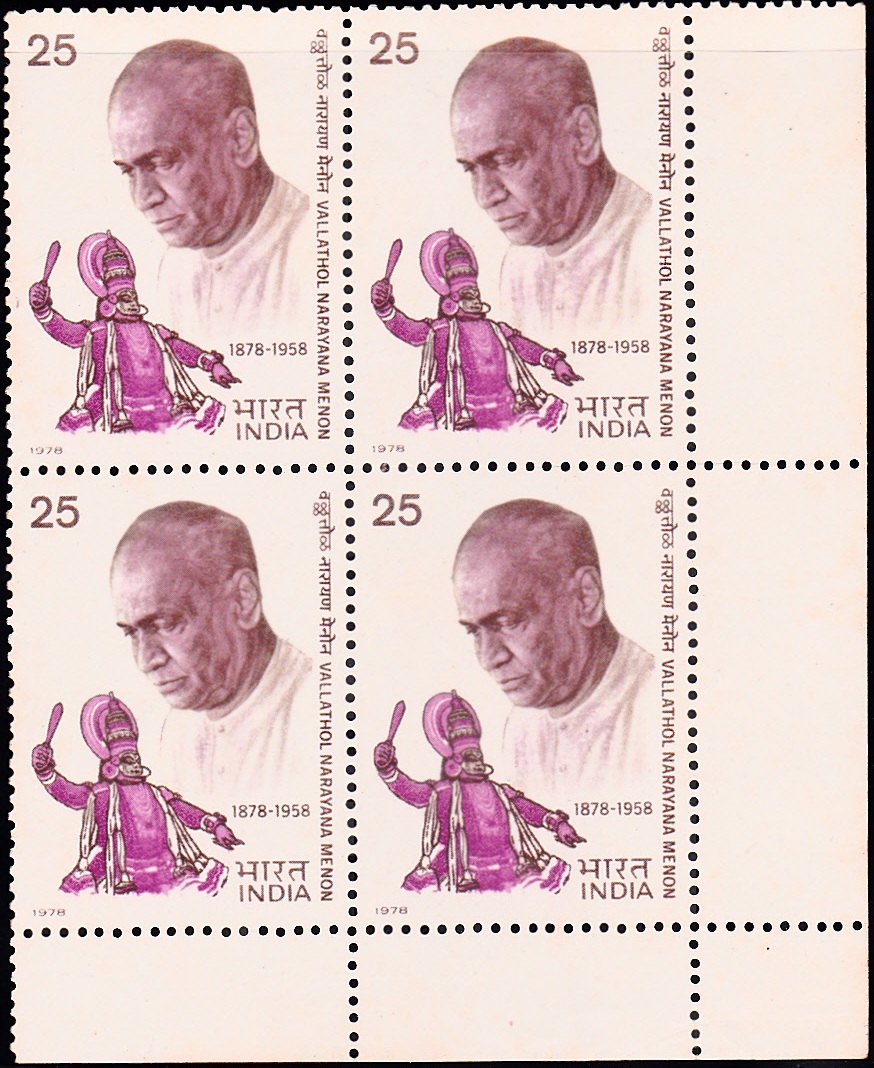 Issued for : The Indian Posts and Telegraphs Department feels privileged to issue a commemorative postage stamp in his honour.

Description of Design : The design of the stamp is vertical and depicts a portrait of the personality alongwith a picture of Kathakali.