A commemorative postage stamp on the 245th Annual Urs and 300th Year of the Birth of Shah Abdul Latif Bhitai – 1989 : 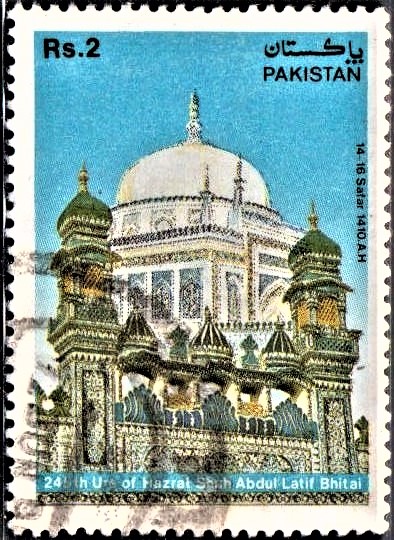 Issued for : To commemorate this august occasion Pakistan Post Office is issuing one commemorative postage stamp of Rs. 2/- denomination on 14 Safar 1410 AH (corresponding to September 16, 1989 AD).

This is the third set of stamp issued by Pakistan Post Office on Hazrat Shah Abdul Latif Bhitai. The first set in this series was issued on June 25, 1964 and consisted of one stamp of 50 Paisa; while the second set was released on October 8, 1987 and comprised of one stamp of 80 Paisa value.