A commemorative postage stamp on the Birth Bicentenary of Guruguha Muthuswami Dixitar, an Indian poet, singer, composer and Veena player, considered as one among the musical trinity of Carnatic music : 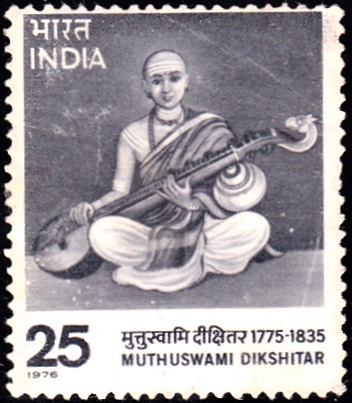 Issued for : The P & T Department is privileged to bring out a stamp in honour of this great musician and versatile genius.