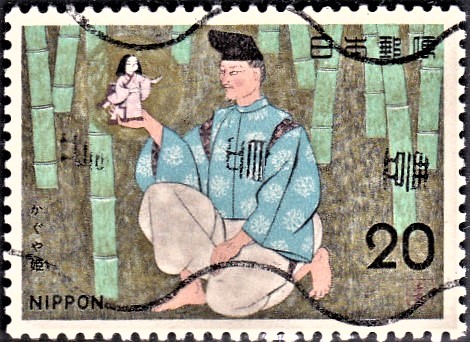 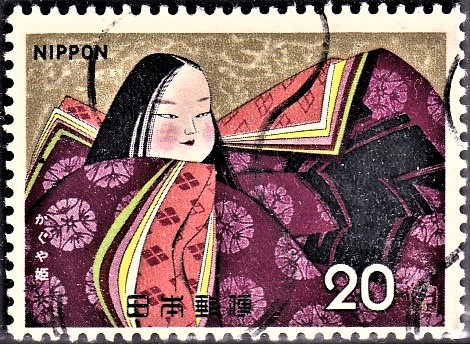 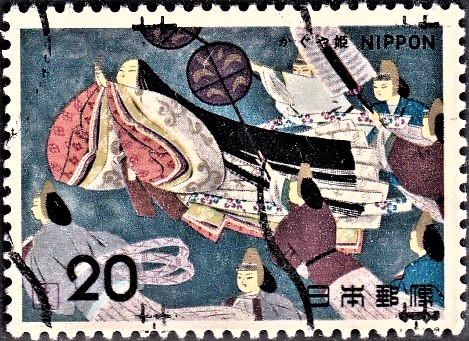 Issued for : As the 4th issue of the Japanese Old Tales Series, a set of three postage stamps depicting “Kaguya-Hime” were issued. Kaguya–Hime is heroine of the oldest japanese fairy tale “Taketori–Monogatari” written in the early part of the Heian Period (794~1192).

Design : (A) 3 inch brilliant baby found at the root of a bamboo, (B) Grown Princess Kaguya–Hime and (C) Kaguya–Hime soaring up to the moon.