A commemorative postage stamp on the Centenary of the Fergusson College (FC), Poona, founded by Deccan Education Society in 1885 : 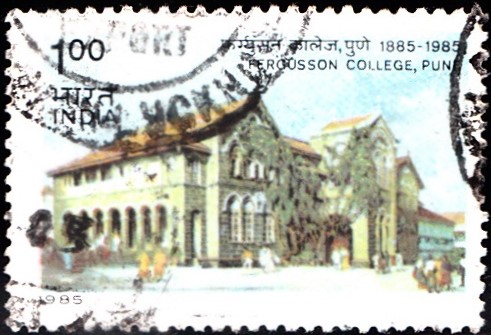