Complete set of 2 nos. of commemorative postage stamp on the Peafowl – Wildlife Series : Save the Vanishing Birds : 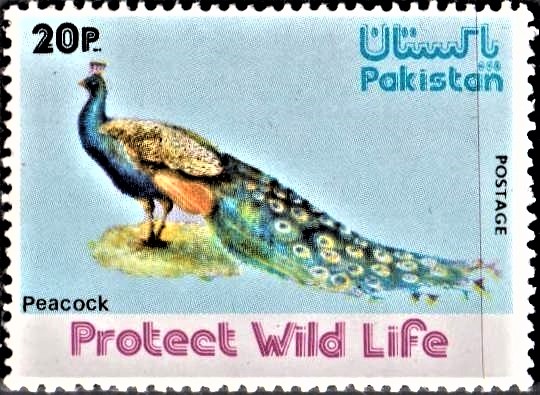 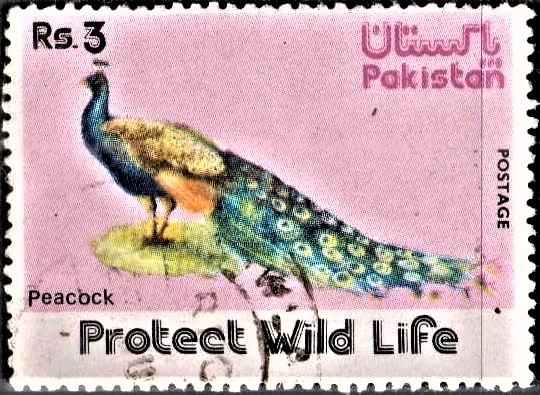 Issued for : The “Peacock Stamps” are the third in the series on the conservation of wildlife, being issued by the Pakistan Post Office.

Description of Design : The format of the stamp is horizontal. A picture of Peacock of Pakistan origin appears in the centre of the stamp in its original colour. The slogan ‘PROJECT WILD LIFE’ appears at the bottom in black, in Rs. 3/- stamp and in blue in 20 P stamps. The denomination Rs. 3/- and 20 P, is on the top left hand corner in black. The word ‘Postage’ appears in black colour alongside the right edge of the stamp while the word ‘PEACOCK’ has also been shown in black along the left edge of the stamp.