A commemorative postage stamp on the death anniversary of Raja Ram Mohan Roy, father of the Indian Renaissance : 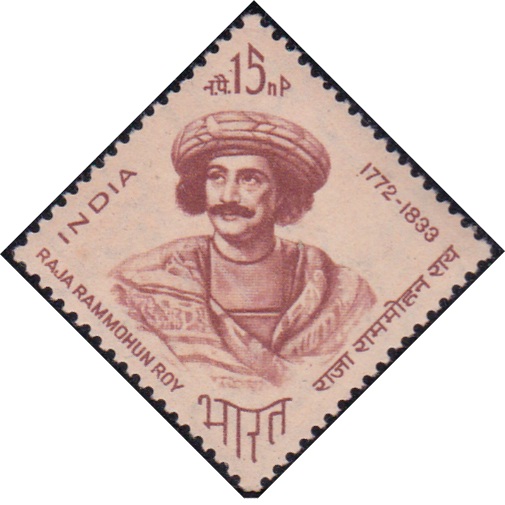 Issued for : In memory of a great personality who has been aptly referred to as the Father of modern India, the P & T Department is issuing a special commemorative stamp on the 27th September, 1964, which falls on his death anniversary.