A commemorative postage stamp on Shahu of Kolhapur, a Raja (1894-1900) and Maharaja (1900-22) of Indian princely state of Kolhapur from Bhonsle dynasty of Marathas : 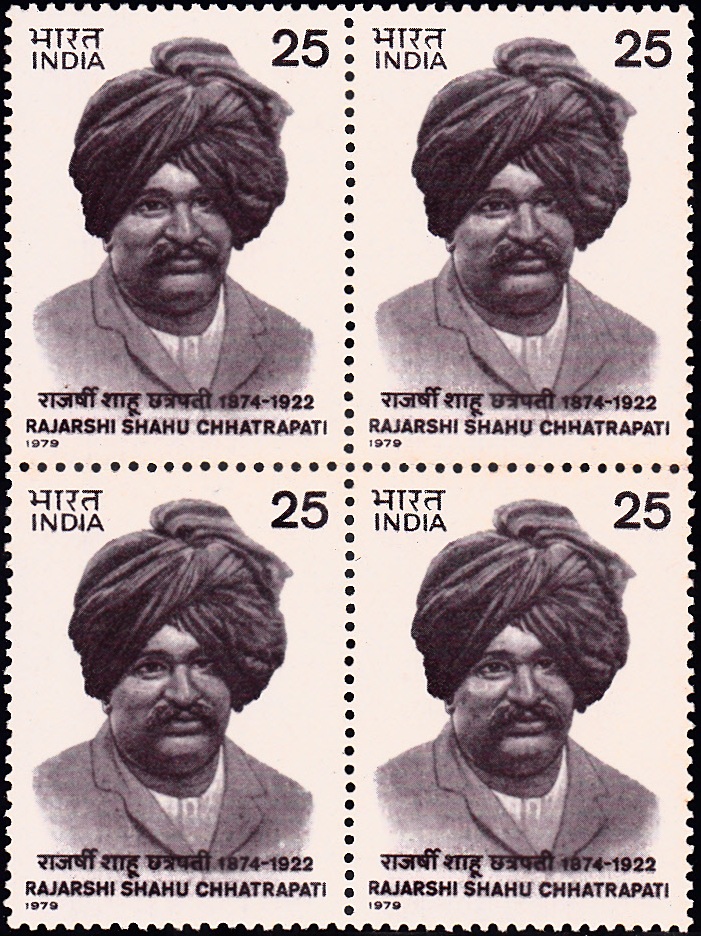 Description of Design : The design of the stamp is vertical and depicts the portrait of Rajarshi Shahu Chhatrapati.