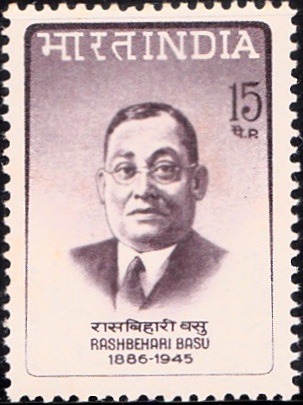 Issued for : It was on the 26th December, 1941 that Shri Rashbehari Basu, as the President of the Indian Independence League had declared war against the British from Tokyo and this was a turning point in the struggle for India‘s independence, as from that date the Indian National Army developed and expanded with great vigour. The Posts and Telegraphs Department is greatly privileged to issue a special postage stamp in honour of Rashbehari Basu on the 26th December, 1967.